The benevolence of movement, or the integration of Archaic Reflexes! 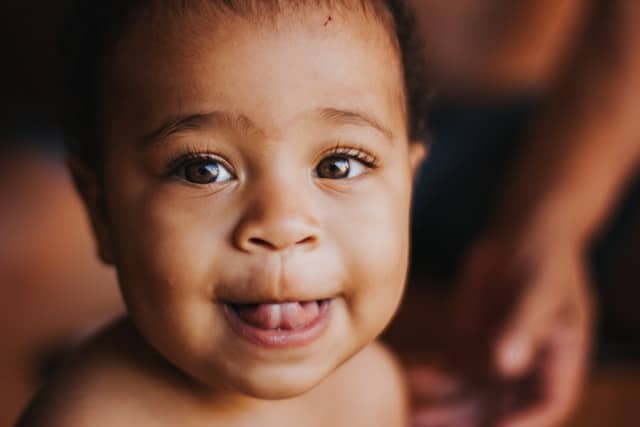 Conference of November 28, 2015 by Perrine Henry d’Aulnois from the association Tous en Mouvement.

Perrine trained as a psychologist and during her many trips abroad became interested in the different ways of raising children in different cultures. She visited “classic” schools, met “alternative” schools, and with the help of these teachings, she discovered and trained in Brain Gym and the study of archaic reflexes.

What is an archaic reflex?

It is an involuntary movement already present in the fetus. They will be integrated during the first years of the baby’s life to bring him to the voluntary acquisition of the movement.

The grasping reflex: this is the closing movement that the baby makes when you put an object in his hand (the same reflex also exists with the foot).
Moro’s reflex: When the baby is on his back, if we lift him up a few centimeters and we relax him, his arms will stretch and open, then fold up with a cry or sometimes tears. Later this reflex will turn into a startle. 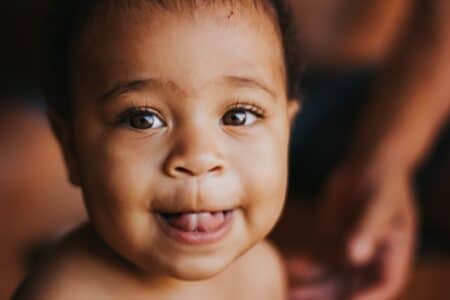 By practicing Free Motor Skills with the very young.
Indeed, in order for a reflex to be integrated, the child must be free to move in order to go through the different stages of its development: Back, Belly, Stand up on his hands, with his arms, Turn around, Get on all fours, Put himself in the position of a servant knight, Access to autonomous walking.

Each time I intervene by “facilitating” the task to my child (I put him/her in a sitting position, I hold his/her hands to walk ….) I induce false information to his/her body; the reflexes will not be integrated in a natural way.

Other countries have chosen to legislate; for example, the baby walker or youpala has been banned in Canada since 2004.
The best gift you can give to your baby is a floor mat, without any cushion to hold him or any other bouncer, so that he can feel his body in motion and integrate his archaic reflexes.

Why do you want to do this?

The integration of the reflexes allows us to connect our different body parts to each other in order to be able to use all our potential (eye, hand, foot coordination, laterality, cognitive and emotional learning…).

Reflexes do not disappear; they are our medicine box.
So in case of sudden braking in a bus for example, my brain does not have to “think” about how to handle the situation! My first aid kit allows me to find the reflex to grab the first bar at my disposal to avoid the fall!

Sometimes certain reflexes are not integrated, what happens then?
We can suffer from parasitic movements that exhaust us and slow down our proper functioning.

For example, a child who is already having great difficulty writing, you realize that he is holding his pen with a hand that is totally curled up on itself. This may be a poorly integrated reflex that prevents him from having a fluid movement and makes writing painful!
The bad integration of archaic reflexes can have repercussions on the cognitive sphere (some learning is made complicated by parasitic movements), the emotional sphere (if you remain permanently alert after a loud noise for example and you take time to find your “spirits”) and the physical sphere (some badly integrated reflexes lead you to “compensate” and thus to a bad posture which can create body tensions)

Nothing is ever “lost”!
At any age you can reintegrate your archaic reflexes by small and simple exercises that act as re-education.

Perrine wants to inform as many families as possible because we are often at a loss for information when faced with certain learning problems that children encounter.
We just have to trust our children, the “program” of their development is already in there!
By leaving them free to move, we offer them a solid foundation both on the motor and emotional levels.

Finally, even if some problems have multiple causes (psychological, motor, environmental…) Perrine testifies that in many cases the integration of archaic reflexes already helps many children…

6 C’s for setting rules as a family

Even though a baby loves both mom and dad, it's not uncommon for his or her demands for attention to shift to one parent...
Breastfeeding

When you are a young parent, it is quite natural to be afraid of not understanding your baby, especially when he or she is...
Just for moms

Baby has arrived and naturally, it is time to give him a feed. Mothers who breastfeed their babies have all noticed that at certain...
Baby's world

Does your baby keep crying when she's with you and it's making you feel bad? Find out why babies cry more when they're with...
Childbirth

Childbirth is both a real ordeal and a wonderful outcome for every young mother. After having imagined her baby for so long, here he...
Pregnancy

Pregnant: how to avoid stretch marks?